A history of the coin guitar pick:

In the late 1800's, a musical movement called Band began to gain popularity in America. Talented classically trained musicians were brought together by their love of the progressive post-classical (early jazz) movement. They filled parlors, halls and speakeasies with a bouncy new style of music that was embraced by the American public, the common forerunner of the more orchestral post-war Big Band music.

The early Band sound featured many instruments, but primarily brought the guitar into the spotlight as a lead instrument. Because there was no amplification for the acoustic guitars in those days, players often used silver quarter coins and buttons as plectrums due to their availability, tonality and (most-importantly) the amplification they provided the instrument. Now soloists could acoustically compete with louder instruments such as piano, drums and horns in a lively public setting.

The love of the Coin Guitar Pick was prominent throughout the Big Band days and extended well into the early days of rock and roll. When players gained access to electric amplification, they found that the metal plectrums provided a superior tonality above other man-made materials of the day.

Legendary guitarists of our current era such as Billy Gibbons of ZZ Topp and Brian May of Queen still use coin guitar picks to this very day. 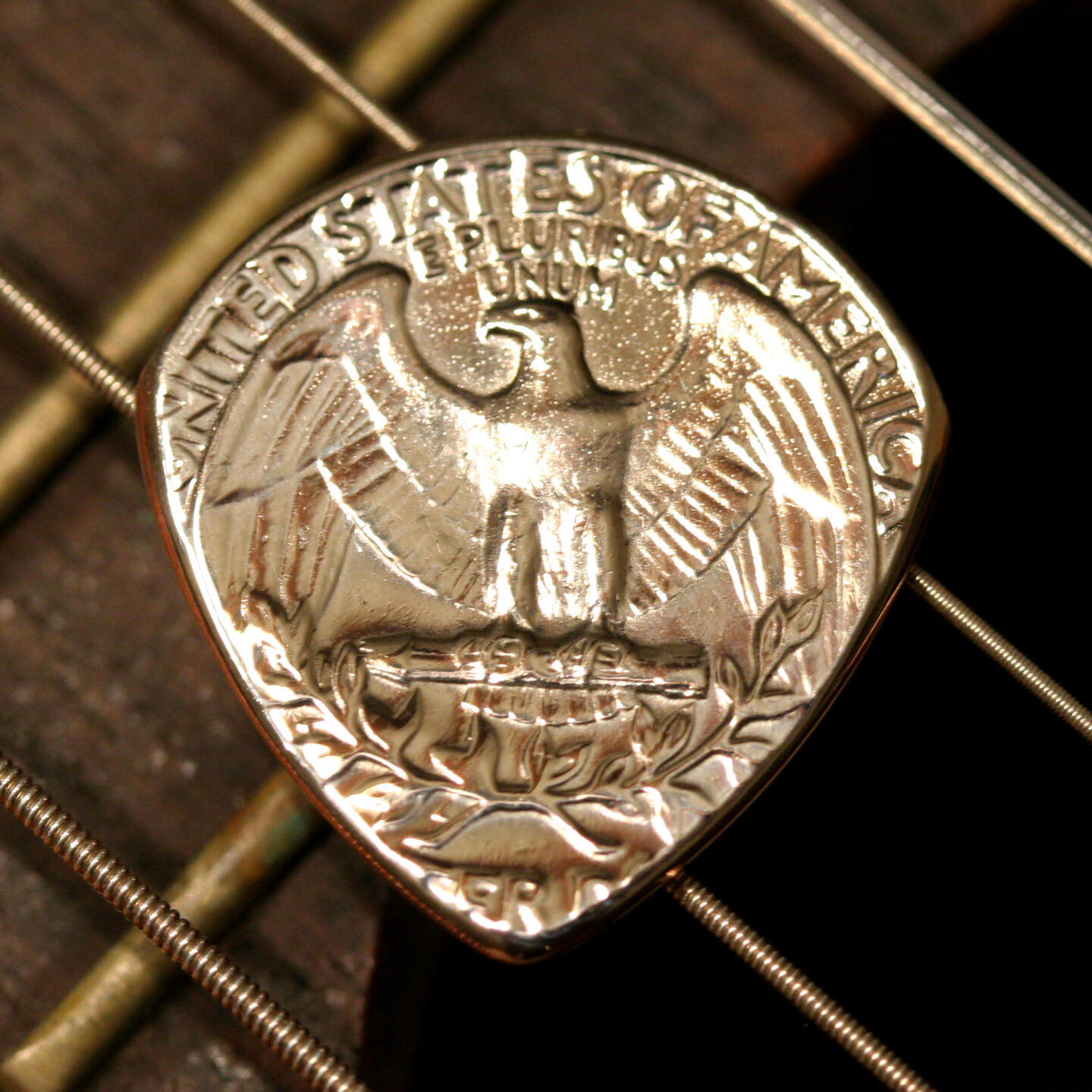 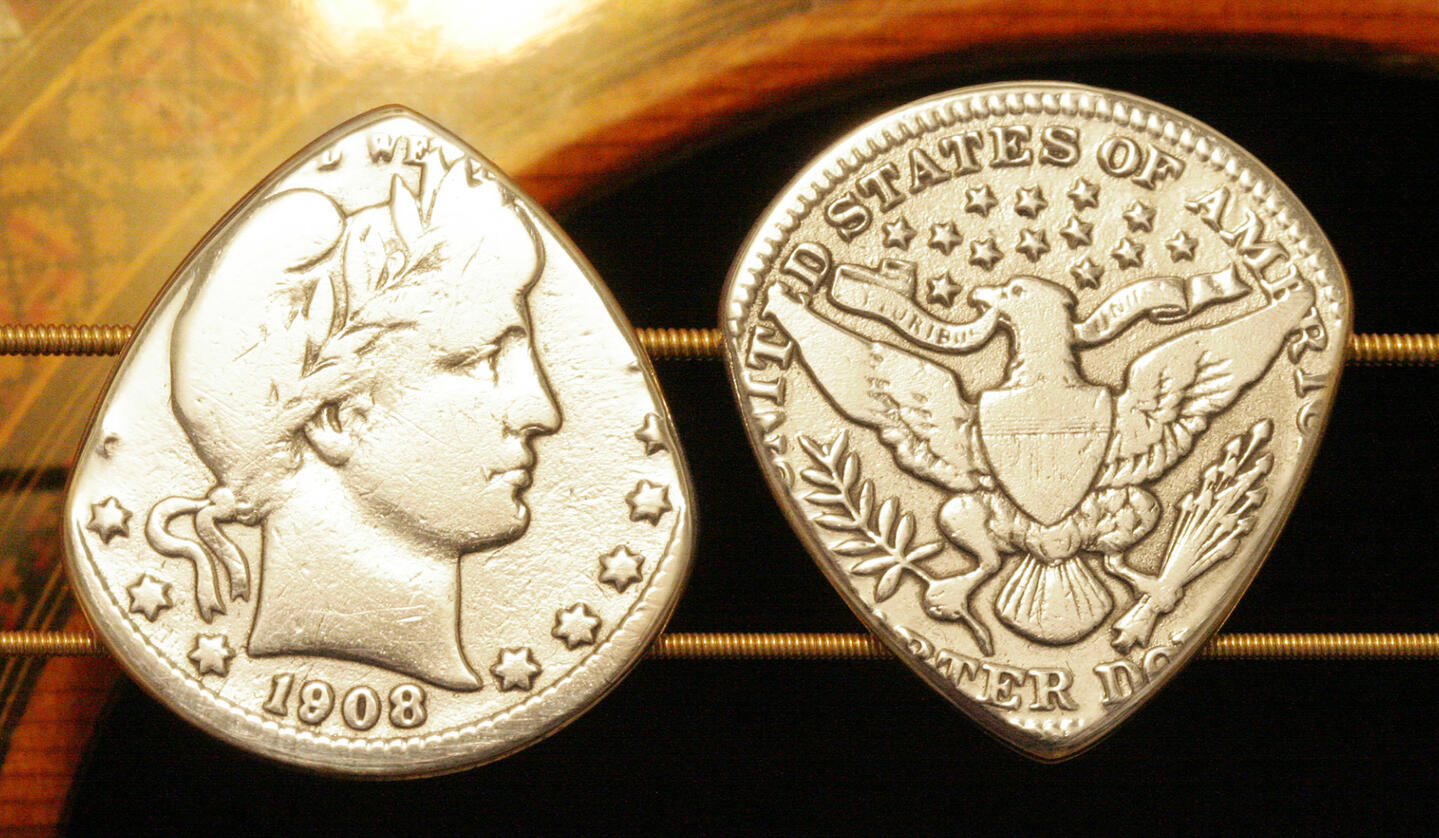 1.75mm jazz shape | Silver | These silver coins have been used by guitarists since the late 1800's. 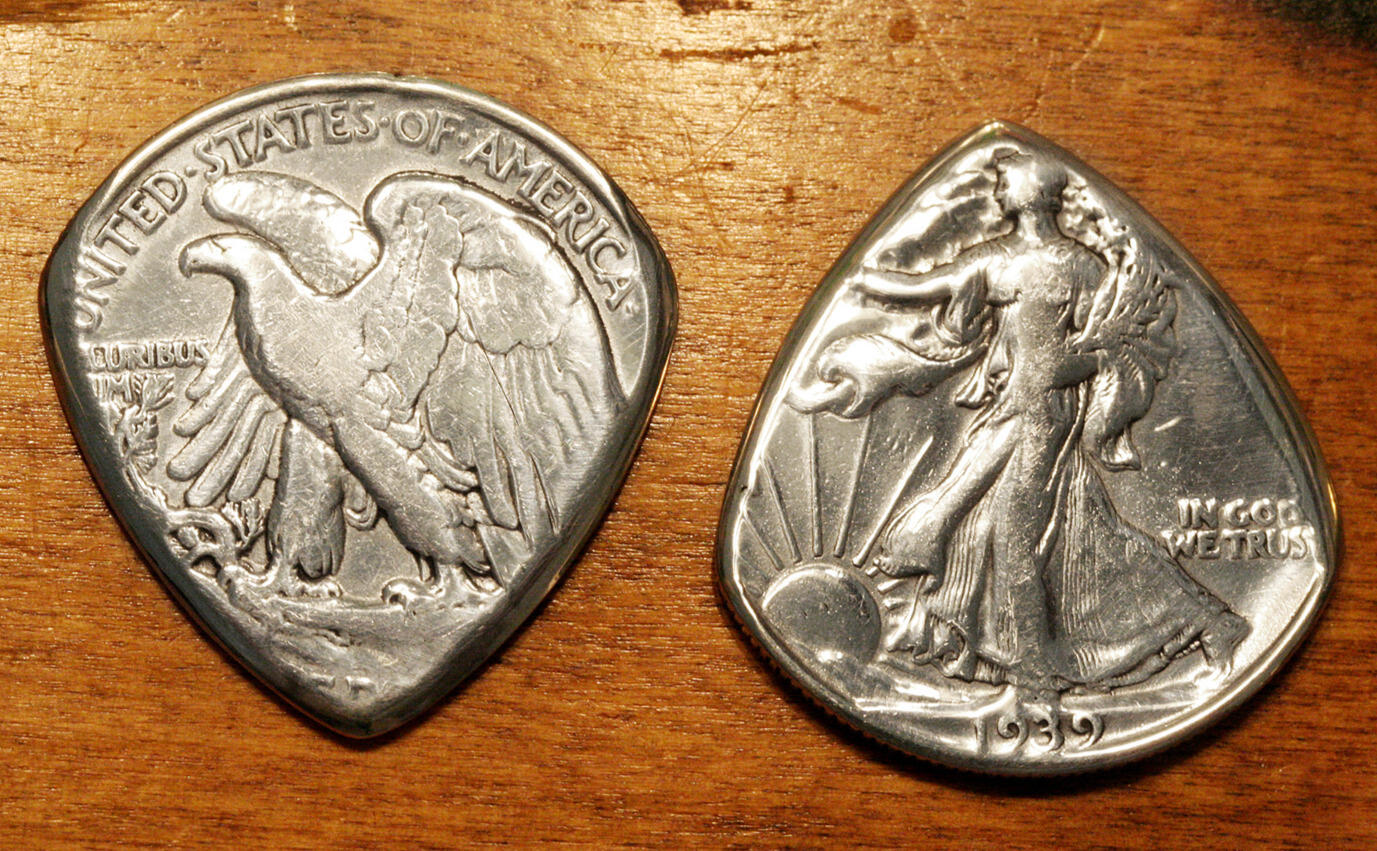 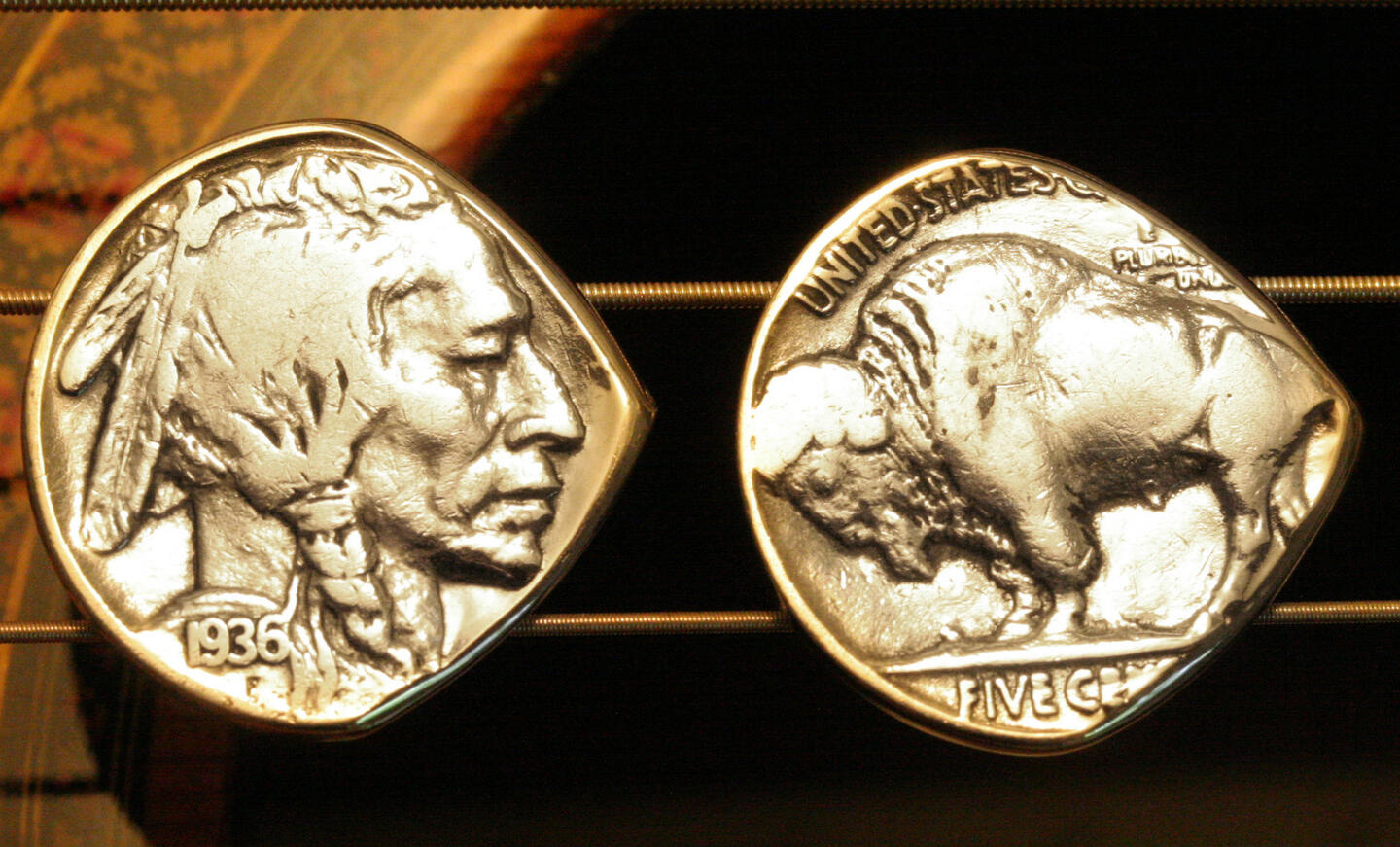 Check out some of our favorite Coin Guitar Pick videos from around the world: